I ran some quick interior tests and renders to test out the Corona for ArchiCAD plugin's latest Alpha daily build version released recently that now also supports ArchiCAD 23, and I was quite impressed being able to produce images like this from within ArchiCAD (...and an interior shot no less) in times ranging between 1 and 2 hours ( I just let the images keep cooking and rendering for that long even though they had cleaned up long before then. 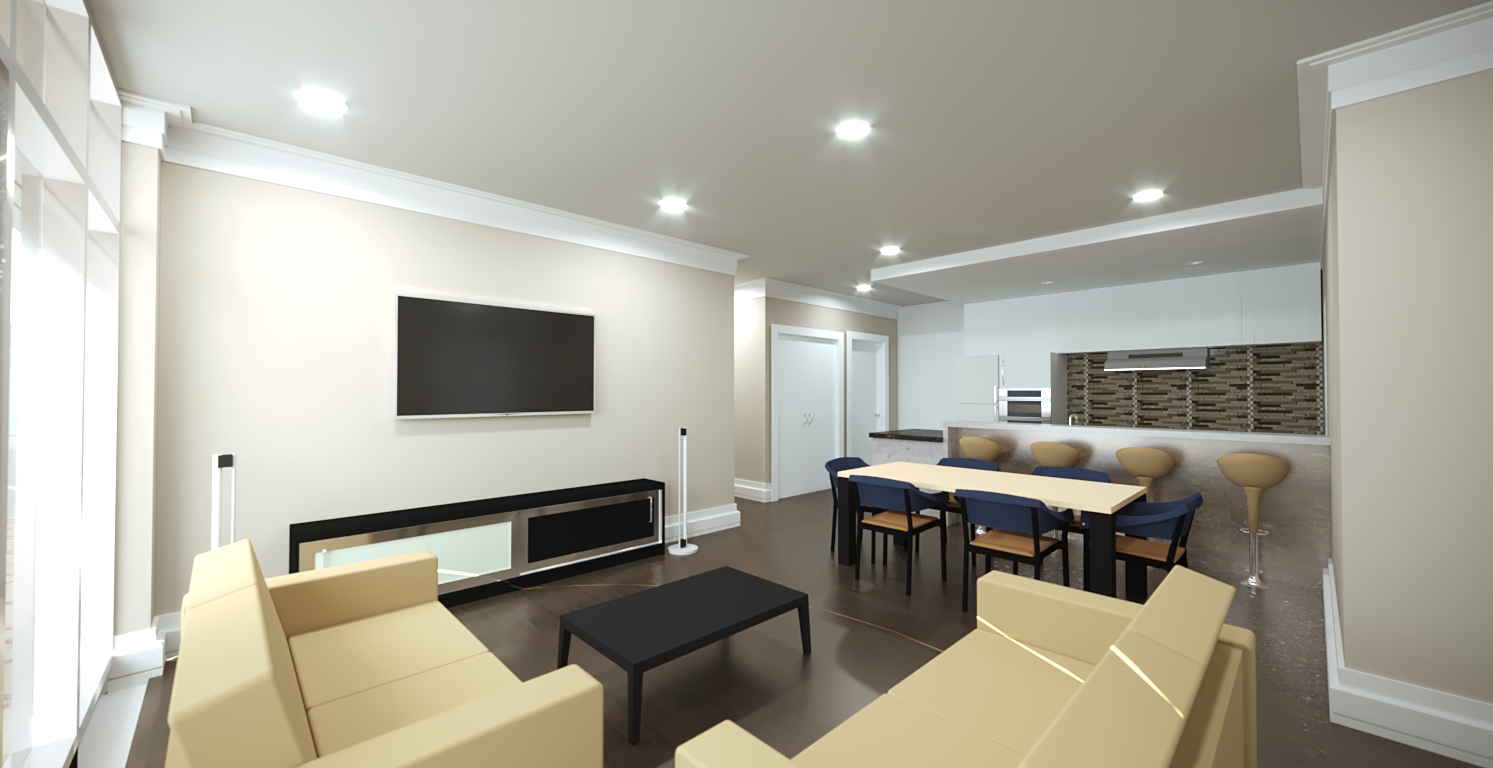 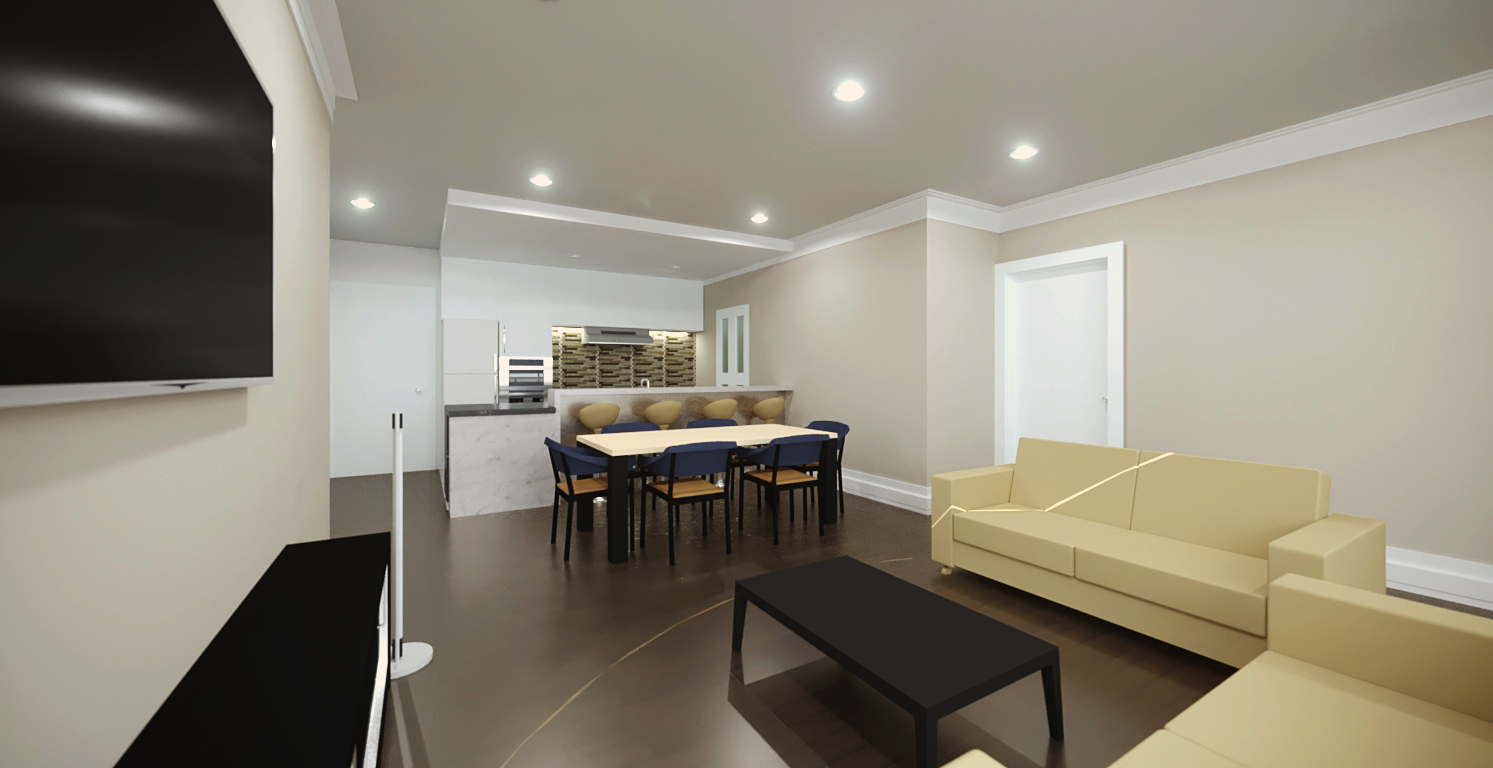 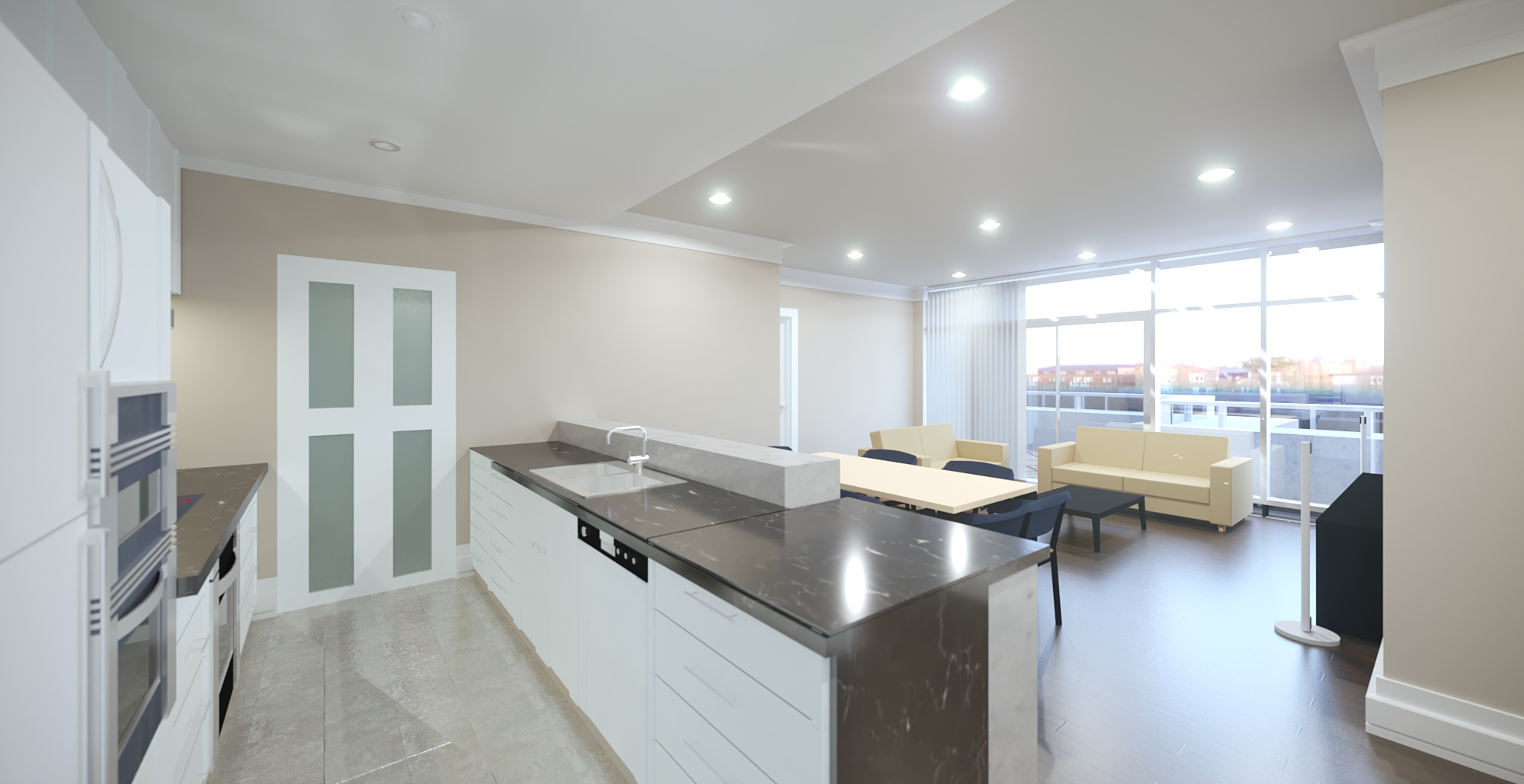 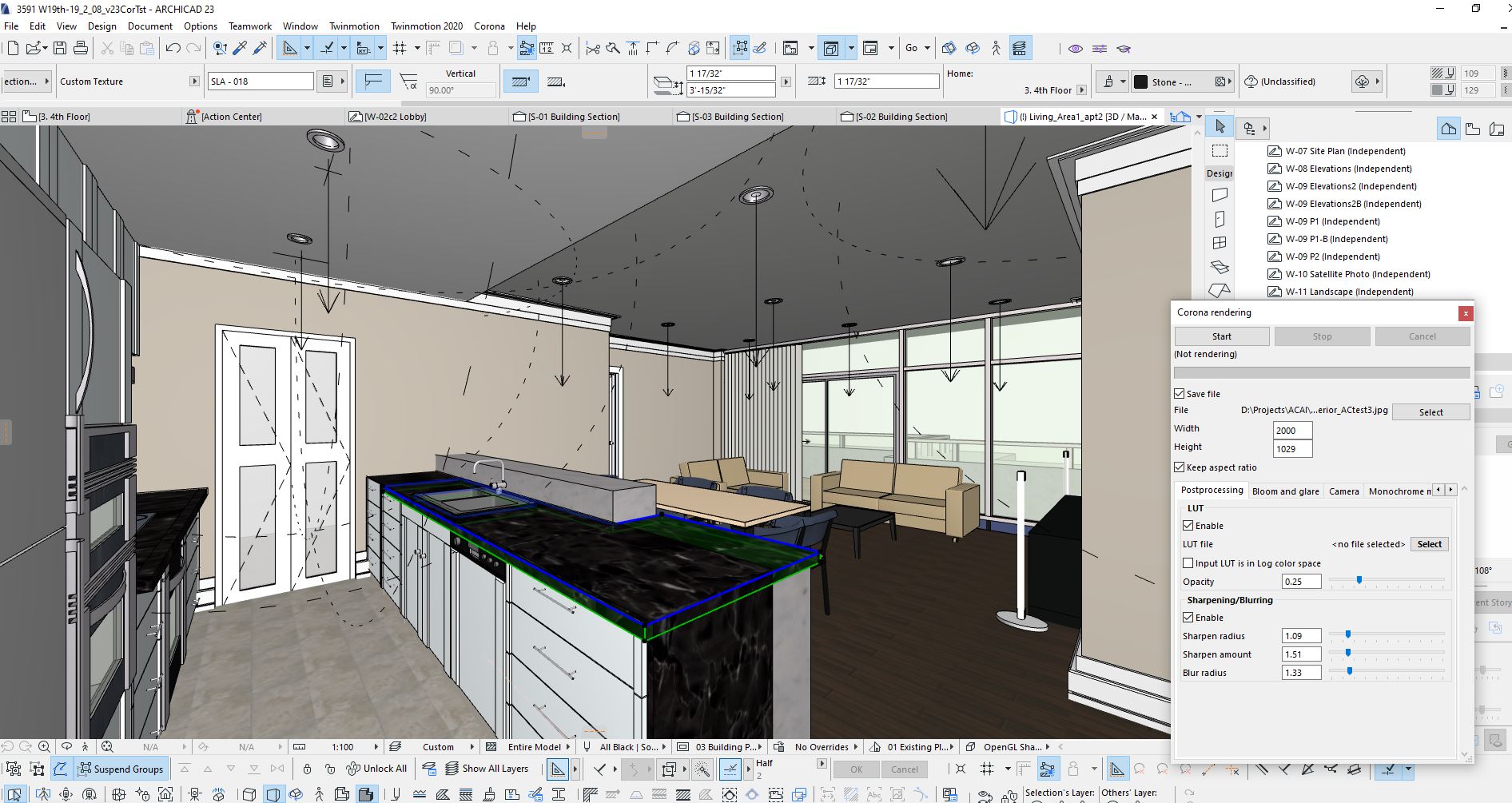 Pretty impressive for an alpha version that's supposedly not production-ready yet.
They keep making changes and additions all the time and it's amazing what they've been able to do with it so far.

It's free to download and test for as long as the Alpha (and I'm guessing Beta?) testing period is running, and they would appreciate feedback and reports of any bugs as well as any recommendations.


They might be wanting to change the name of the software in light of the current situation.

Barry.
One of the forum moderators.


They might be wanting to change the name of the software in light of the current situation.

Yeaaah,......this has been a topic of much discussion (and derision,.... and jokes) in their own user forums and social media pages.

If they were just starting out as a firm and hoping to get a foothold in the computer visualization market and space, I would absolutely expect that they most definitely would change their name.
But they've been around for long enough now, and during that time they've even overtaken the traditional market-leader in VRay (enough to be bought out by the makers of VRay, in Chaosgroup) as to become synonymous almost with the term "renderings".

It's not ideal and it's probably gong to hurt them in the short run, but I don't think it will persist for too long (like the disease itself).

It reminds me of an animated TV show, Archer, where the lead character - Sterling Archer - a spoofy take-off and caricature of the sort of ditzy 1960's James Bond-type womanizing spy protagonist character (but more of the bumbling side rather than the cool suave kind), is part of a secret organization called, 'The International Secret Intelligence Service,.......which,....if you've already put two and two together you quickly come to realize forms the acronym......ISIS.......

Which was fine until the Iraq war/situation got bad enough that a terror group by the same name rose up and pretty soon the name became synonymous with beheading people.
The difference of course is that in the show they actually changed the name of the organization,,....but not before they made fun of it all (and themselves) with some rather impressive level of self-awareness and self-deprecation.

Barry.
One of the forum moderators.

You got me there, Barry!

AC 23 | Win 10 | Developer of the GDL plugin for Sublime Text |
«Furthermore, I consider that Carth... yearly releases must be destroyed»

Thanks for the laugh Barry!
Much needed these days.

I have posted exterior shots of this project before on a different thread.
But that was a while ago and I was using a considerably earlier version of this plugin (These interior shots were done with the latest Alpha build version 5 on ArchiCAD 23, while those exteriors were done with Alpha Build v2 on ArchiCAD 21, I believe.
I was doing them at the time to compare the quality and output to the Corona plugin on 3ds Max (which is not an alpha version but a complete version, currently on version 5 (with version 6 expected any day soon).
Those shots were done with the 3ds Corona vplugin version 3, I believe.

I haven't redone the exteriors with the latest ArchiCAD build. My focus and interest was on interior shots since that was the weak point of earlier versions that didn't have the Corona light object and had not as great light handling and color correction (the Virtual Frame Buffer (VFB) wasn't working correctly then)

In any case, here are the exteriors (done on ArchiCAD 21 with Corona alpha plugin version 2) 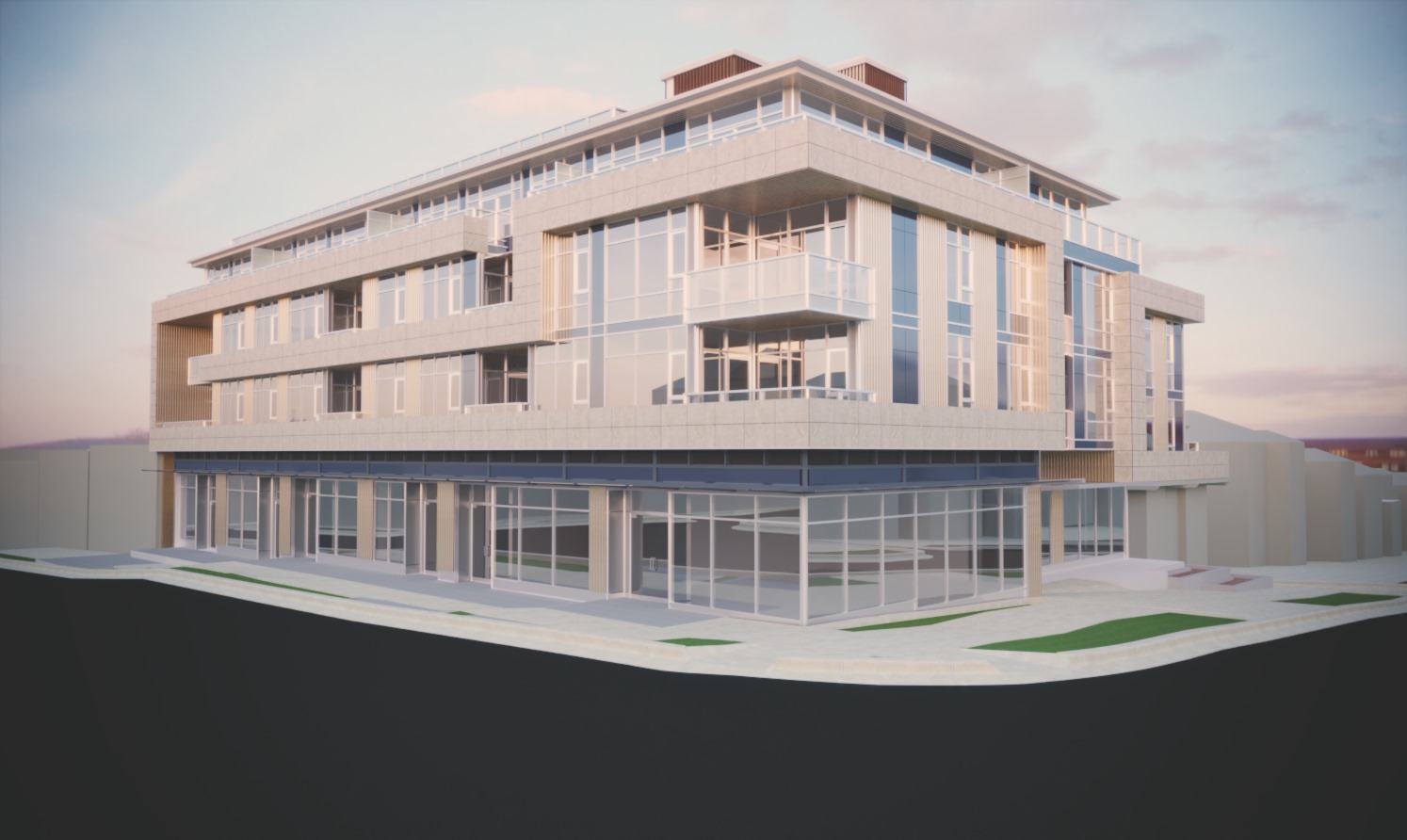 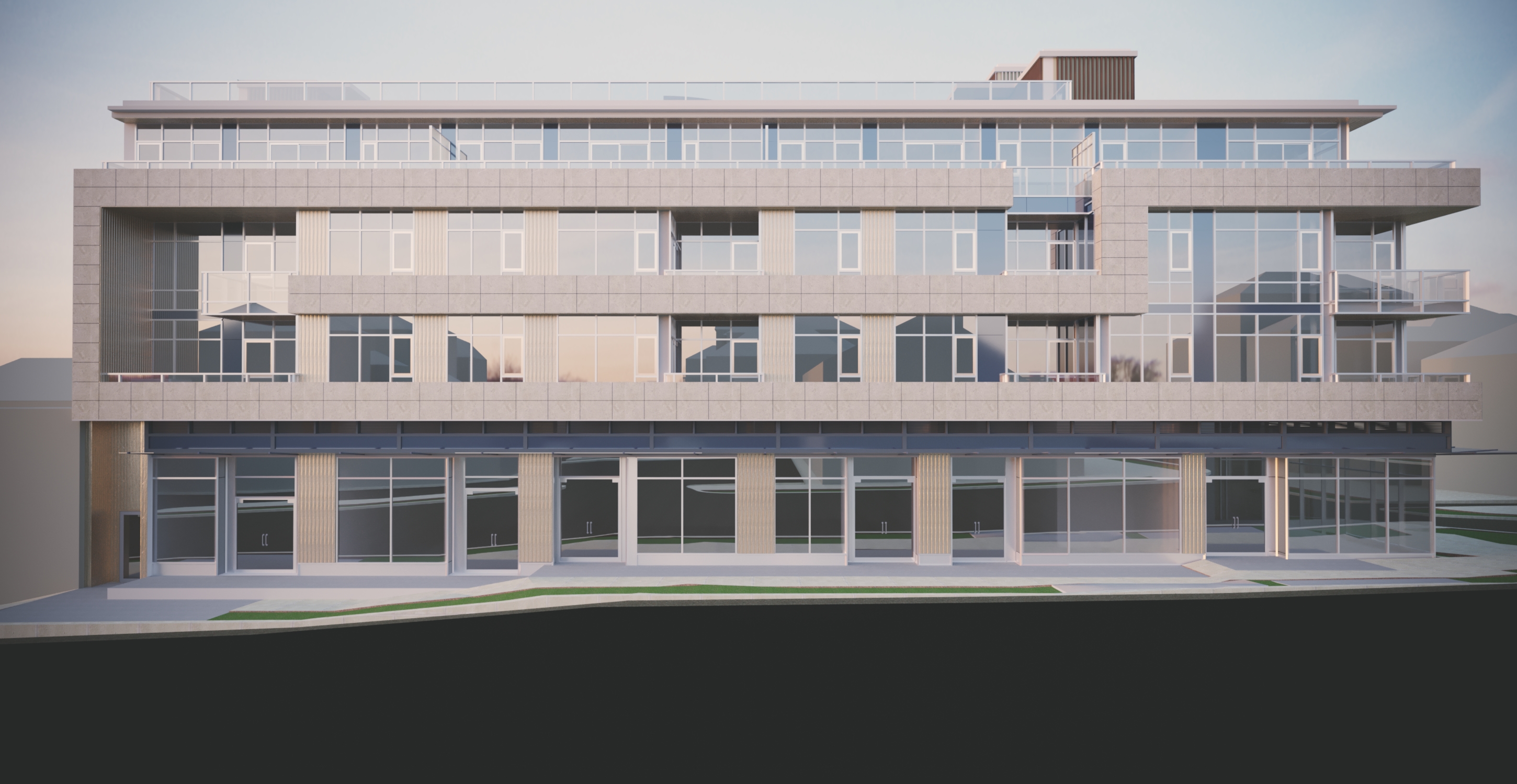 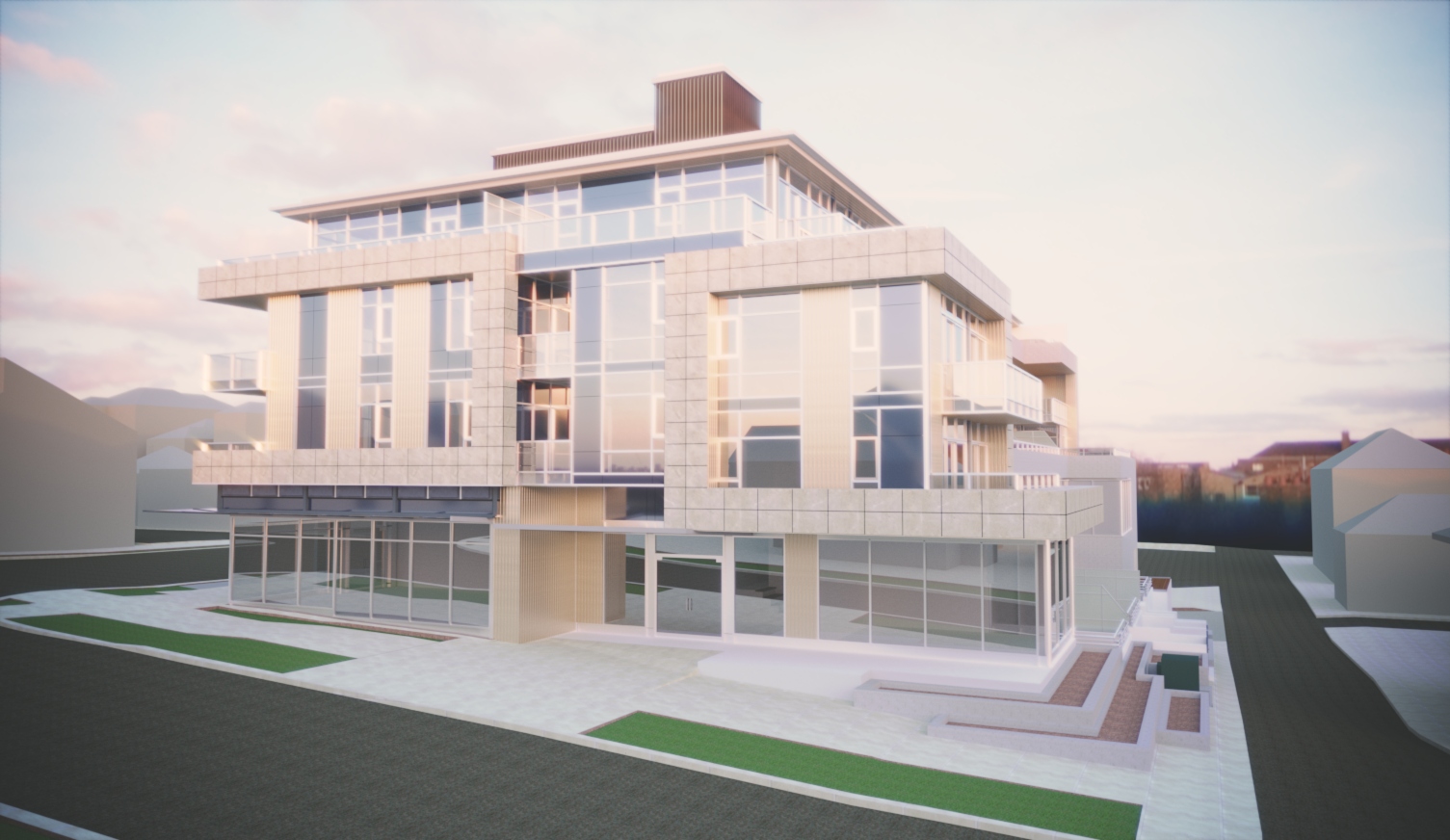 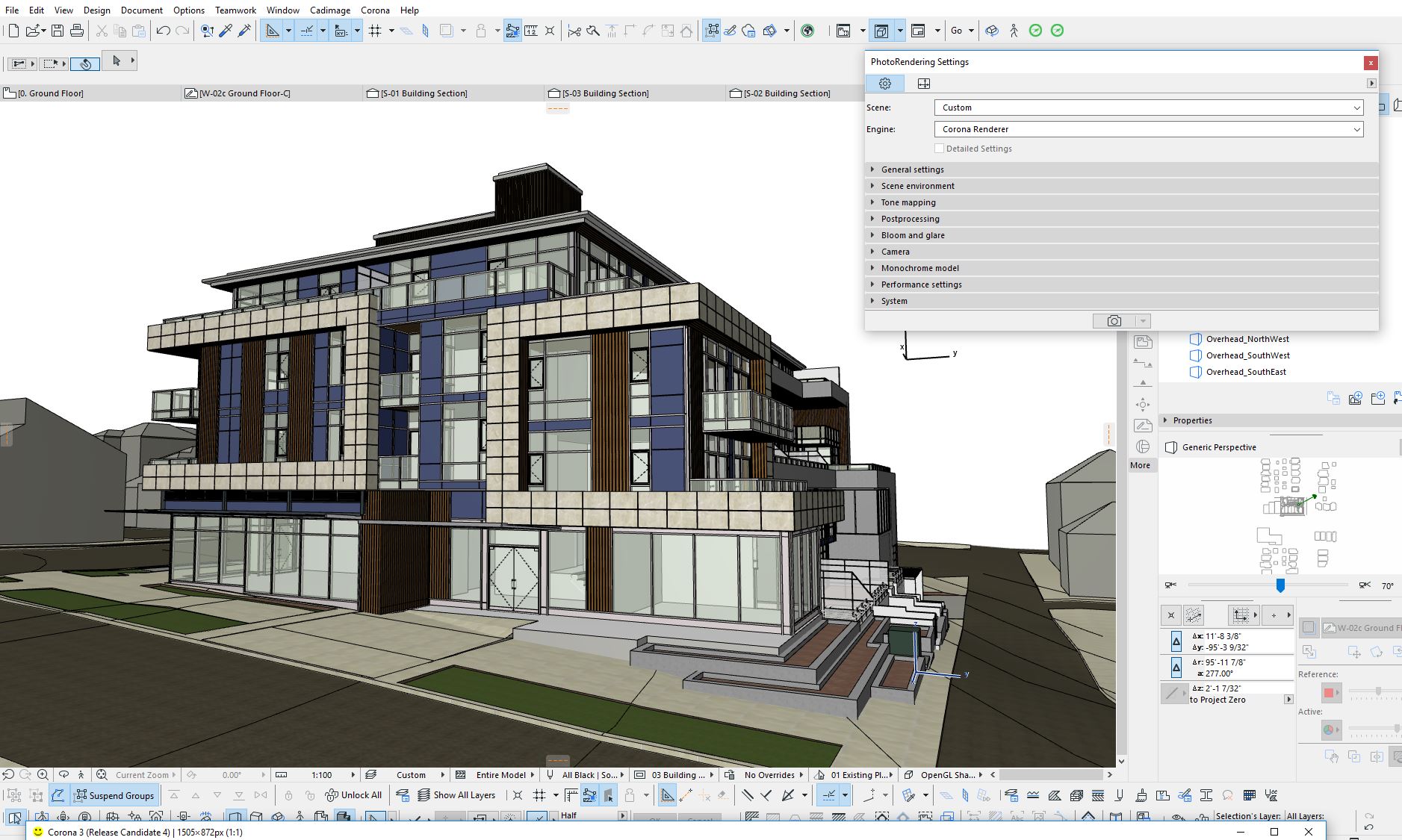 ....and here are the 3ds Max Versions I had done earlier and was comparing them against.

As you can see (assuming I can get comparable quality on the exterior shots from the latest alpha build version), there's not that great a gap between the two; particularly if they can get the Scatter feature (for grass), the Material Library and the Corona Proxy object (for high polycount Entourage Objects like the trees, vehicles, 3D people, higher quality furniture,..etc) sorted out - which they're working on getting done now.

Ideally we're hoping or aiming for being able to produce the quality and level of image in the latter shots straight from the ArchiCAD interface without having to go through another software, and in the time in takes you to go out and pick up a sandwich and a fruit juice.

They're also working on being able to do batch render jobs using lists from ArchiCAD's View Map and saved custom views list, meaning you could set up a list of views in the view map of Interior shots and exterior shots let it run overnight and then pick up your image views in the morning with the several views done and saved.

Strictly speaking, we are allowed to go outside (where I live).
Just not in crowds or to places where crowds might congregate.

One is allowed to go outside (like say, for a run or a walk) with a spouse or a loved one (or even with the kids), but obviously things like barbecue parties in the patio, or beer pong with the boys down at the local bowling alley are a no-no.